The music starts at 7pm for the second show in our first-ever Free Concert Series in Porterville!  Centennial Plaza Park is at 296 North Main Street!

Adam Craig is one of the good guys, and it’s about time he showed up.

It started in a car in Tenino, Washington, just south of Seattle. The windows were down, Martina McBride and Heart were blaring on the radio and his mother was wondering what had just possessed her young son to match those mercurial vocalists note for note.

“She was like ‘Holy crap kid, you can sing!’” he says with an infectious, disarming chuckle.

From that moment forward, Adam knew he had a special gift – a vocal presence that transcends the typical bounds of a male country singer to touch the stratosphere, and an ability to pull listeners inside a story.

Standing out early in life as a Tim McGraw and Travis Tritt lover in a sea of flannel-clad grunge rockers, Adam is no stranger to going against the grain. He honed his vocal chops in soggy bars and talent shows all over Washington State, then made the cross-country drive to Nashville and discovered another gift – a knack for writing modern country songs with sensitive, meaningful lyrics, a touch of good humor and breathtaking hooks in a time when machismo and bluster were the order of the day.

Working as an in-demand Music Row songwriter, Adam has co-penned hits like Parmalee’s “Close Your Eyes” and scored cuts by Jason Aldean (“Church Pew or Bar Stool”), Dustin Lynch (“World to Me”), Love & Theft (“Whiskey on My Breath”) and more, but his own style is something different – it’s the next step in country’s continuing evolution, and the antidote for the bro-country hangover.

Now signed to BBR Music Group’s Stoney Creek Records, Adam has made the leap from songwriter to artist with a style that’s rooted in the ‘90s yet sounds just ahead of the curve. It combines the down-home themes of artists like McGraw and Tritt, the soul-bearing honesty and pure-intentioned romance of Keith Urban with otherworldly vocals that land somewhere between Vince Gill and Keith Urban.

But the defining trait of his music is more than an intriguing sound and passionate writing: it’s an appreciation for just how complicated the real world truly is. Some country singers would have you believe there are two speeds to life – happy and sad – but nothing is that black and white. The toughest, most successful among us are sometimes plagued by doubt and regret, and even when we hurt those we love, a second chance will often come – if we can just rise to the challenge.

“Somebody said something to me the other day and it made me feel really good,” he explains. “He said ‘Man, I don’t know how you do it, but you write a heartbreaker like a man would really have his heart broke.’ That’s what I want.”

Songs like “Why Can’t She” live in that gray area of real life, the one where guilt collides with grace and ultimately, leads to a transformation. Sung in the form of a quiet prayer, artists all over Nashville have had the song on hold, but it’s never been released – a testament to the need for a country star who’s not afraid of his sensitive side. “My heart’s full of regret, that’s why I’m down here on my knees / So if you can forgive me … why can’t she?” goes the unforgettable chorus.

“When you can hear the air go out of people when you get to the hook, that’s the hammer hook,” he says.

Capable of turning his real life into a hit song, even Adam’s drinking tunes come with emotional nuance. In “Remember This,” you can’t help feeling sympathy for the guy who’s stuck in the corner booth of a dive bar, watching what he thought was the love of his life crumble before him.

“I just found out the girl was on the way out of the relationship, and I knew what was coming,” he explains. “So it’s like ‘I’m gonna get so smashed right now, because I don’t want to remember what’s about to happen.’”

Meanwhile, the young artist is no stranger to dirt-road anthems and the fluttering flush of new romance, but his party tunes are full of refreshing, nice-guy generosity. He’s not the guy who treats his girlfriend as a trophy in cut-off jeans, he’s the guy who says “I’m On It” when she asks to crank up the radio, and tells her “It’s All Good” no matter what they end up doing, as long as they get to spend time together.

This is the product of a different kind of country artist – one who’s more about substance and shared experience than showing off. One who knows what hard work means and is thankful for what he’s earned. One who’s going to signal another shift in the genre, and bring the good guys back.

“My guitar player has it written on his pedal board, and I stare at it every night,” he says. “Five words that mean everything: ‘I Get To Do This.’ 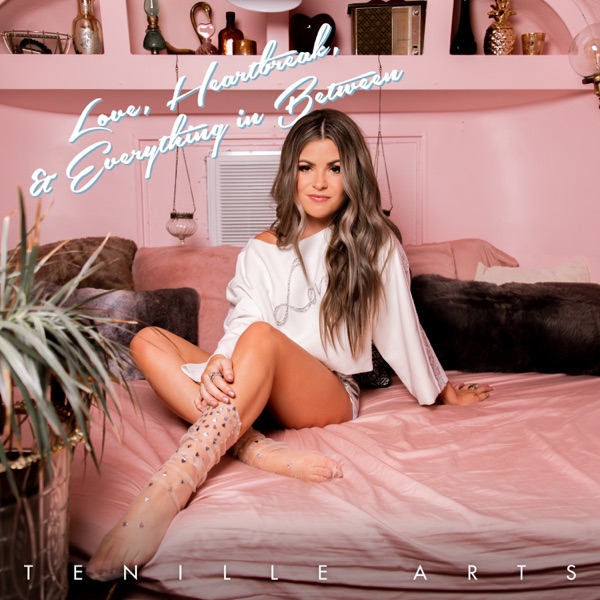